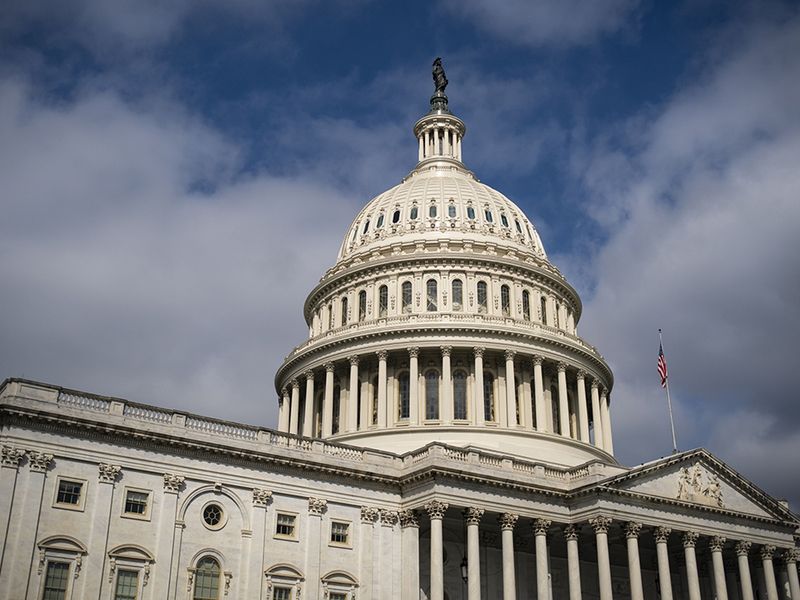 WASHINGTON — House Democrats on Tuesday will unveil a plan to cut nearly 90 percent of U.S. greenhouse gas emissions by 2050, including mandating sales of zero-emission cars by 2035 and decarbonizing the power grid by 2040.

The policy recommendations are intended as a blueprint for lawmakers to fight climate change should Democrats win control of Congress in the November election. But they do not go nearly as far as the Green New Deal resolution previously floated by the party’s progressive wing that called for a 10-year transition to a 100 percent clean energy economy.

Republicans have labeled plans like the Green New Deal “socialist” and President Donald Trump, who is seeking reelection, has made rolling back environmental regulations to support the drilling and mining industries a centerpiece of his economic agenda.

The 500-page plan drafted by the House Select Committee on the Climate Crisis would support clean energy businesses, ban drilling on public lands, protect minority communities from climate impacts and bolster the climate resilience of farmlands, according to a summary seen by Reuters.

Together, the recommendations would put the United States on track to slash net greenhouse gas emissions 88 percent below 2010 levels by 2050, according to Energy Innovation, a nonpartisan climate policy research group that modeled the plan with committee staff.

The policy recommendations “satisfy the scientific and moral imperatives to reduce carbon pollution and as quickly and aggressively as possible make communities more resilient to the impacts of climate change,” according to the summary.

Environment America, a coalition of state environmental advocacy groups, praised the plan. It was not immediately clear if lawmakers and other green groups will support it.